Posted on January 7, 2010 by SusieOfArabia 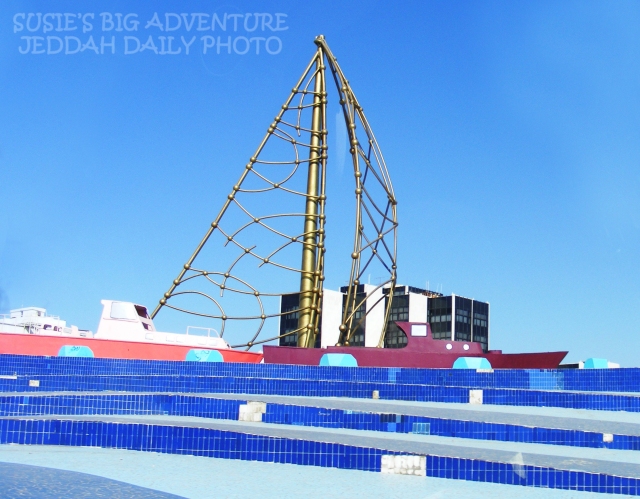 This sculpture is called Sails and is made of steel. Mustafa Senbel, the Egyptian artist who designed this piece of art, was a classmate of Mohammed Said Farsi when they were college students together at Alexandria University in Egypt. Years later, when Farsi became Mayor of Jeddah, he convinced his old college buddy to move to Jeddah to help in Farsi’s massive beautification project to transform the rapidly growing city. Senbel’s contributions are evident all over Jeddah with more than two dozen to his credit. Many of his remarkable sculptures are created with the idea of not totally obscuring the sea or the sky, like this one with the sails allowing the sky behind them to be visible. He is also responsible for some of my favorite whimsical sculptures down on Jeddah’s Corniche, which include Dialogue, The Fisherman’s Net, and The Fisherman’s Net II.