No doubt about it, Saudi taste usually leans toward formal and fancy, which can easily push the limits of good taste and lead to overkill or gawdy – and oftentimes does. This is a beach house close to the Red Sea with so much busy detail that it just doesn’t seem to stop. I prefer simplicity myself. At night this place must be lit up like Las Vegas, judging by all those lights that are visible atop those dozens of short columns you can see everywhere. Maybe it’s just me, but the faux log wall doesn’t really seem to match with the style of the villa. I have no idea what’s up with those three pyramids over the gate with the steps towards the right? And then there’s this octopus shaped thing way over on the right on top of the wall which goes with the beach theme. To each his own, I guess…
The beach house below is in the same vicinity as the one above. I think this one manages to have nice details without pushing the limits of tastefulness. 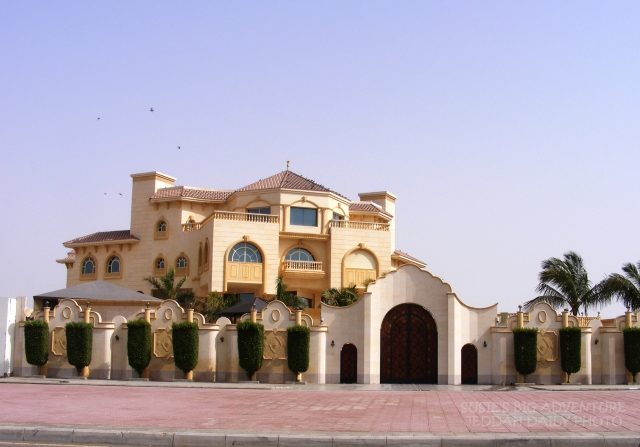