Posted on October 2, 2010 by SusieOfArabia 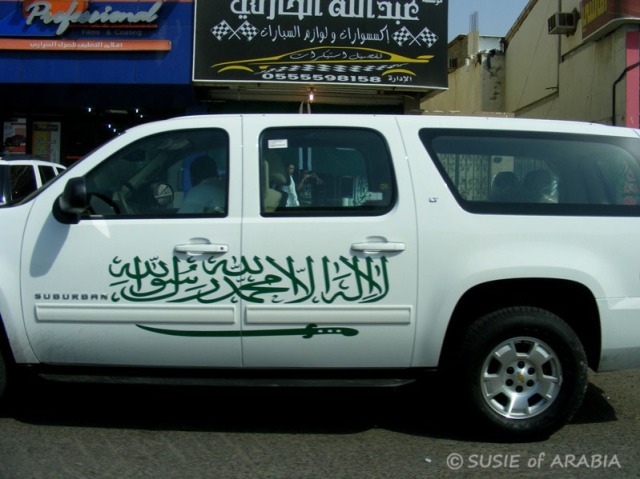 Religion permeates practically every aspect of life here in Saudi Arabia. It is not uncommon to see verses from the Quran on business literature, as art hung in homes or as public art on display, or in advertising. Vehicles also frequently are adorned with religious writings too, mainly like this which is called the “shahatha.” This verse and the sword appear on the Saudi Arabian flag and the verse is what is spoken when one becomes a Muslim. It is the declaration of faith which states, “There is no god but God and Mohammad is his messenger.” I featured a similar decal in this previous post.