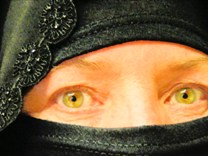 I’m an American woman.  I met my Saudi Arabian husband when we were both students at the University of Arizona back in the 1970s.  After 30 years of living in the USA, my husband yearned to move back home.  So what’s a girl to do? We’ve been in Jeddah now since October of 2007.  I find my new home interesting, fascinating, and colorful.  The people are warm and courteous and as interested in me as I am in them. However they highly regard their privacy, so taking photos here can be tricky.  I try to take my camera with me every time I step out the door – I don’t want to miss a thing!

Please be sure to also visit my other blog, SUSIE’S BIG ADVENTURE, which relates my experiences, observations, and thoughts about living in Saudi Arabia.

You can EMAIL me at: susieofarabia@gmail.com

Or, if you’re into learning more about or having interesting discussions about Saudi Arabia and the Middle East, join me, Layla of Blue Abaya, and Eman of SaudiWoman on our Facebook group by clicking HERE.